Did you know there’s a whole other area in the Yellow River State Forest trail system that you may not even know about? We’d like to take you on an adventure in a new and untamed area that has wonderful look outs of the river and amazing ravines, valleys, and bluffs. It’s the Mud Hen Trail that’s off of Great River Road, or X52, going south out of Harpers Ferry.

​On X52, the parking lot for the trail is right across from Lund’s Camp. If you’re coming from Harpers, it’s on the right. There is a sign right before it that says “Harpers Slough Public Use Area” and a sign at the driveway that says “State Fishing Access'' and they both point to the other side of the road.

Be prepared! The hike starts with quite a hill, but take some time to look around at the valleys and ravines and you won’t even notice. You’ll go up for a while, trekking down and around. If it has rained recently, be careful as there are a couple places that could be slippery. Around this time of the summer, there are lots of ferns growing. If you know your ferns, you’ll see several different species, such as the Interrupted Fern, Lady Fern and Royal Fern. You will see a huge valley on your left as you ascend; notice how tall the bluff is on the other side.

You will eventually get to a place where Mud Hen Loop goes off sharply to the right. The other trail is the Mississippi Trail which we had you explore a different part of last year. You will have a slight climb again and the trail is definitely wider here. When you get to the part of the trail where the river is directly in front of you and the Mud Hen Trail goes to the left, you will see a path going off to the right (marked with “view” in spray paint). If you’re feeling adventurous, this path leads to a wonderful look out of the river. It’s not too far back there, and there’s some grasses and overgrowth at the look out but you can actually see the Marquette-Prairie bridge from there!

One thing you may notice at a lot of our lookouts are a scraggly looking tree that seems to grow right on the rocks. When you are continuing on the trail, you will follow the river for a while. You will eventually get to an area where it may be hard to tell where to go. Straight ahead is the correct way, it’s the trail, it’s just a little overgrown. To the right will be a prairie and we don’t know where that goes . There is a tree up ahead that has a yellow mark on it that is on the correct path. And we have ribbons around also for you to follow again.
​
You will eventually get to the end of the Mud Hen Loop, where you will go to the left to head back down the hill. The whole hike will take about 50 minutes at an easy walk; a little more if you go to the look out. It’s about 1.75 miles. Again, ferns are plentiful on this trail and as summer progresses, there will be more and more flowers. Enjoy!!
Click Here For Map of area

RED OAK LOOP (3 mile loop starting at the Fire Tower)
The hiking adventure we’d like to take you on this time is a beautiful trail named Red Oak Loop. This is a very easy one, you’ll basically stay on the same trail the whole time.
You get to take the scenic drive on Fire Tower Road all the way to the top and turn in to the fire tower parking area. Take a nice look at the fire tower while you’re getting ready for your trek, it was a gift to Iowa from the federal forest service in 1963 and is the oldest fire tower in Iowa!
Now that you’ve grabbed your water and camera and put on some insect spray, you should be ready to begin! Head the opposite direction of the fire tower—you’ll be on Fire Tower Trail. This is a very scenic trail with some meadows and some areas of pine tree crops. If you followed this trail all the way, you would get to Donahue Road. Also in late summer, the flowers along this trail are beautiful. But you’re just going a little ways in (about .5 mi) and then you’ll take a right onto Red Oak Loop.
On this trail, you’ll go down for a bit and then flat and then up and then down and then flat and then up You get the picture. You’ll see lots of flora along the way, including wild geraniums, mushrooms growing on trees called polypores, and many other things. There are some areas on the trail where it might look like the trail goes off in another direction but then stops after a few feet. Be sure not to take this, as it’s just a little waterway.
At one point, there will be the option to turn right, which would take you back to Fire Tower Road, but keep going on the trail which will go to the left at this area. You wouldn’t want to miss what the rest of the trail holds in store for you! You will come across a nice resting area on your right as well as a pond on your left. You’ll head up a little hill to get back to Fire Tower Trail where you will go left. When you get back to the trail, your loop is over and you’ll have to go back the way you came to the fire tower but it’s a nice part of the trail to do twice!
If it’s a hot, sunny day, you’ll have plenty of shade on this hike but no water so be sure to bring your own. It’s around 3 miles and takes around an hour at a fairly leisurely pace. If you want to take a different way home, Fire Tower Road continues on and is a very scenic road, although you might need a car that is not too low riding as there are some bumps
There are other trails right around this area on Fire Tower Road, if you have time to check any of them out. There's also a backpacking campground not too far away. 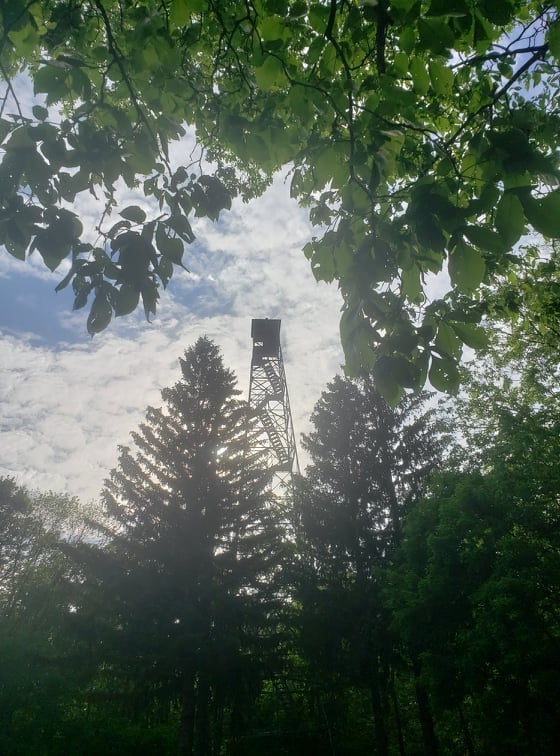 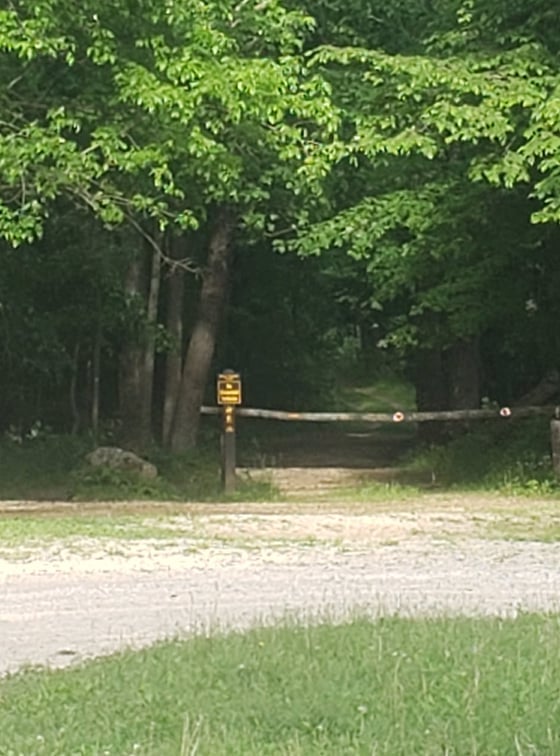 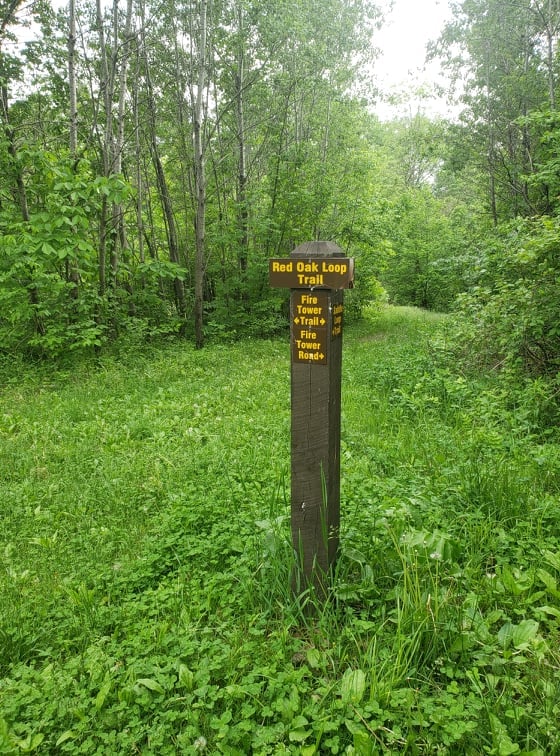 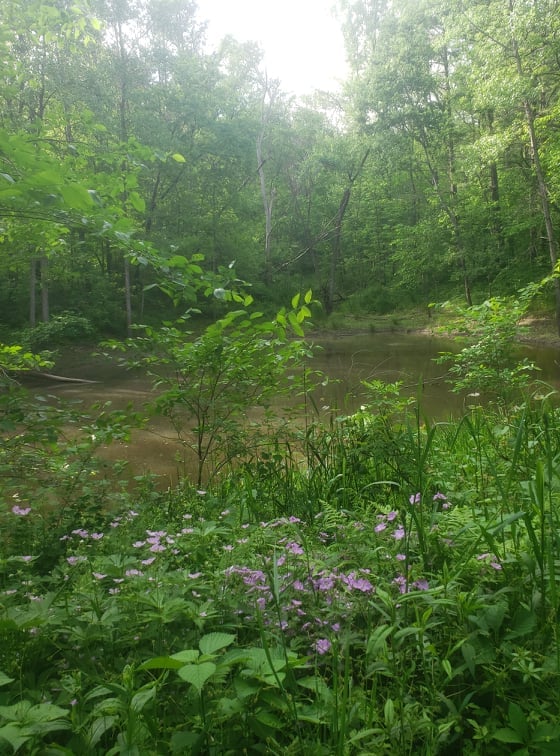 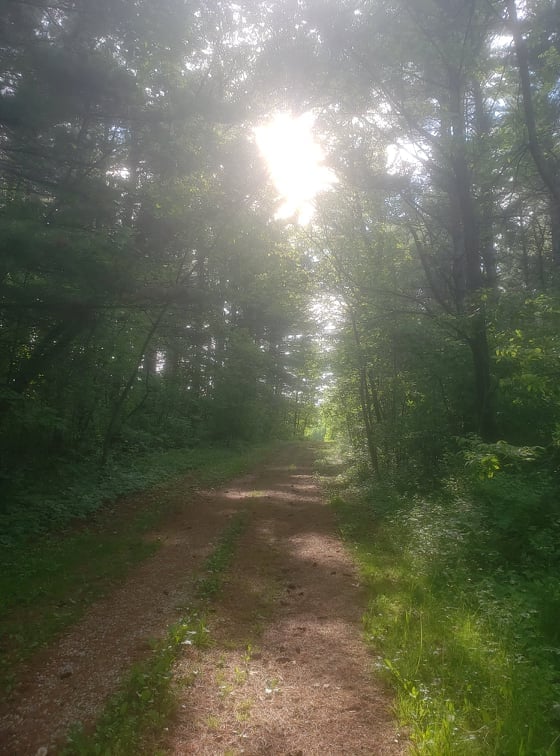 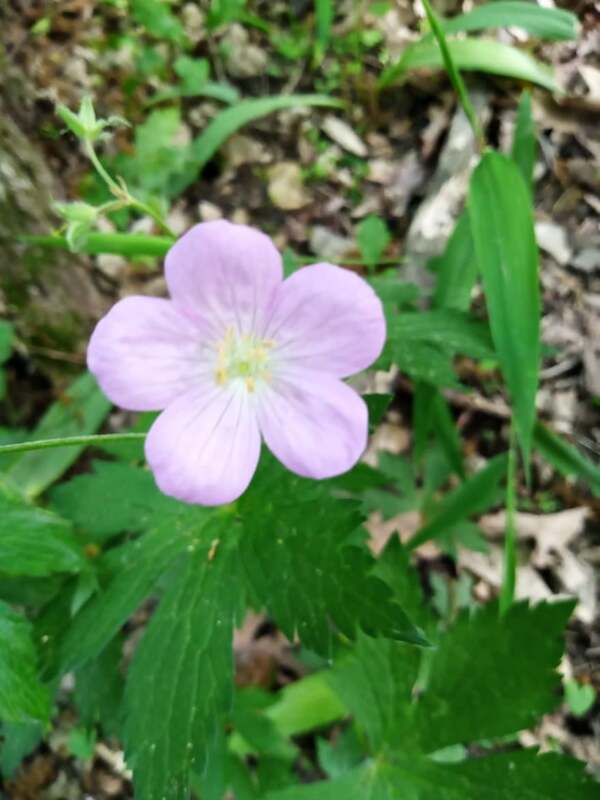